Patrick Laumond is a French artist who lives and works in Paris.

The Metahism is an artistic movement that expresses and embodies the human mind as a meta-paradigm.
This Art of the thought, connects a global vision of the visible and invisible events simultaneously.


META, because expressing the Whole,

SM as the concept and universal suffix, which we find in all the movements and

Laumond’s body of work presents a paradigm, a sustained meditation on life and death, on plurality, certainty in uncertainty, balance in unbalance, tensions in space and time, objectivity in subjectivity… 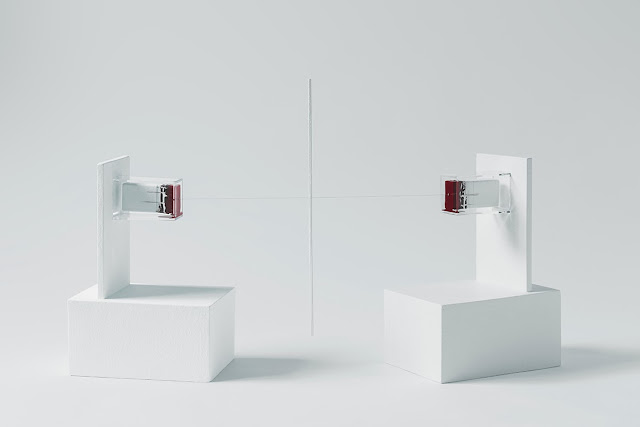 “My search is about how to express a model of the whole universe in a comprehensive body of work.

I explored the notion of the void, creating works that generate a multidimensional space
and seem to destabilize our assumptions about the world
and express dualities such as reality and illusion, solidity and intangibility, certainty and uncertainty…

How to shape questioning, doubts, assumptions and human condition?

In this conceptualization it appears I can express any form of representation or thoughts in a paradigm of unity.” 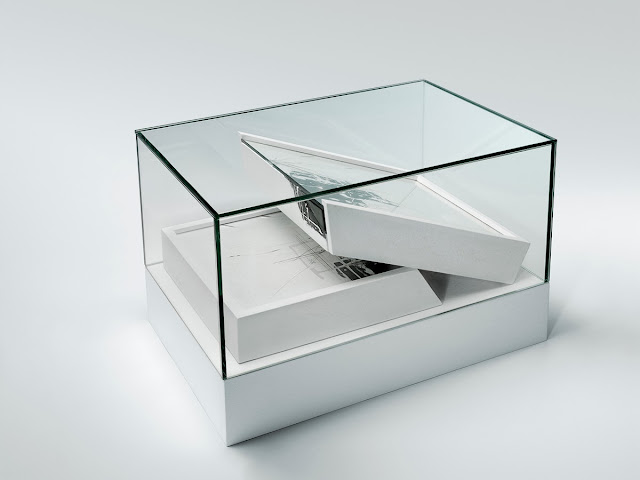 At the beginning, this “body of work” started with a stain, a deep surface of monochrome, intensively worked and designed

A splash represents the Big Bang.

The birth of white works represent infinity, eternity and the “all possible”.

These white works allowed him to give all possible shapes, volumes, sizes, identities, like words in a phrase, or symbols in a pictograph system.

He began to create his own language.

He segmented the work in volumes.Some are with stain and others all white.

Linked by a grey line divides and unifies the space.

Here comes his language of a paradigm.

This representation inhabits a spatial frame and the volumes are multiplied under different forms and sizes.

The work entails accumulation, segmentation, expansion or combining all volumes together. 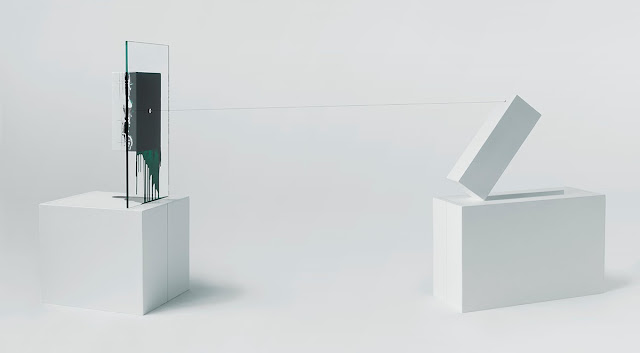 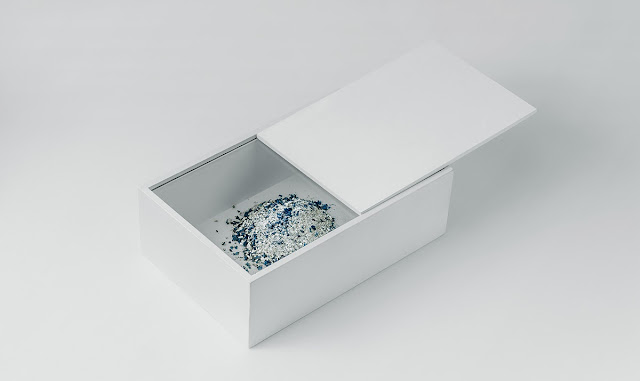 This body of work becomes then his representation of a Universal World,

a representation of the symbols for the “all possible”.

In each of his projects we can find the idea of duality.

Things can happen or not, there is a possible choice and hope is in each human being that can change the whole scheme.

The works also include in their spatial representation a starting point (volume with stain), a middle point (main story) and any possible end (white volumes)...... 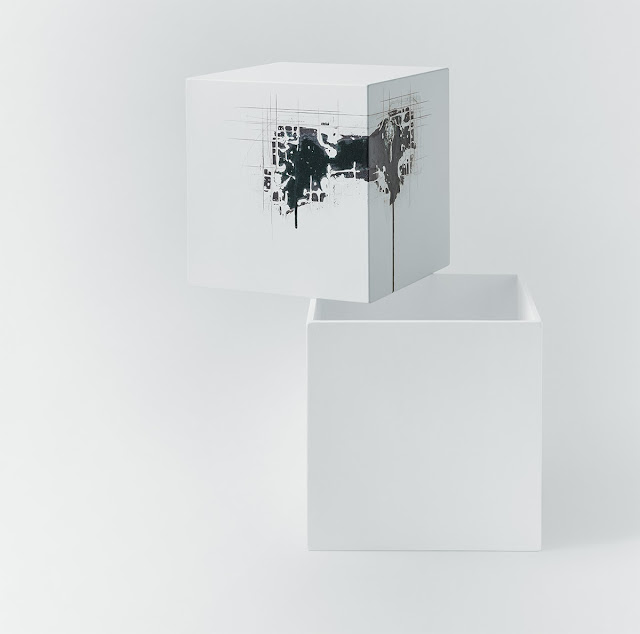 
"He offers a unique vision of a paradigm;

a representation of what he considers as a vision of Universality,

he proposes a different kind of knowing, understanding and showing the world, 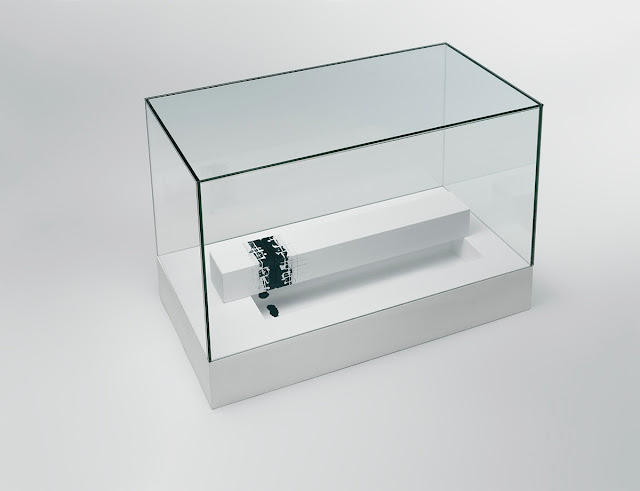 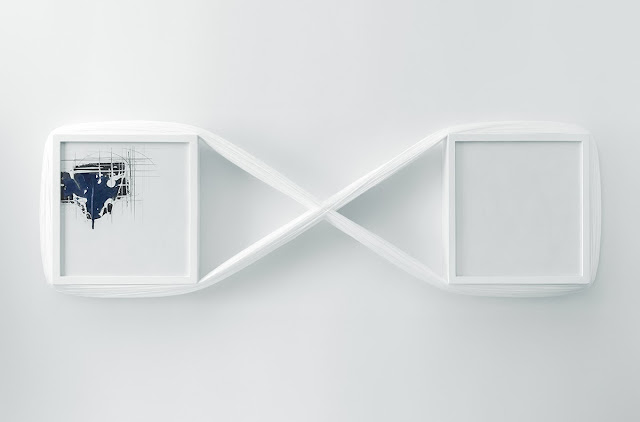 
Each series of projects entails a similarity in term of language,though specific in meaning and each and every one represents a special symbolic aspect of the subject he chooses to develop.

At the core of each project,

we can trace the idea of apparent duality and of its possible extension:

emotion and reason, compassion and wisdom, realism and idealism… 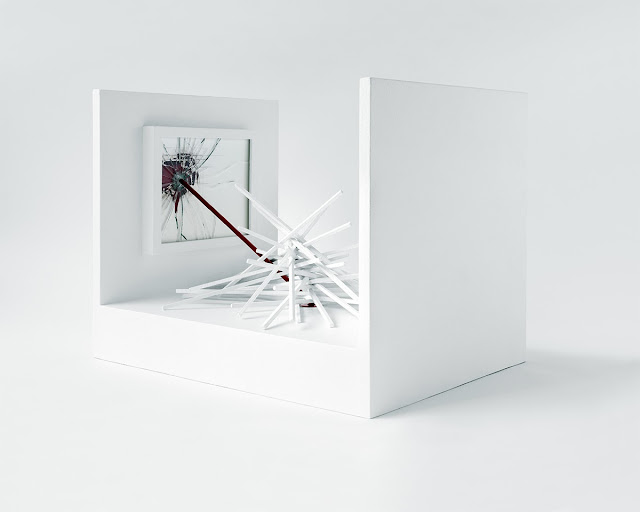 The Big Jackstraws Of The Thought 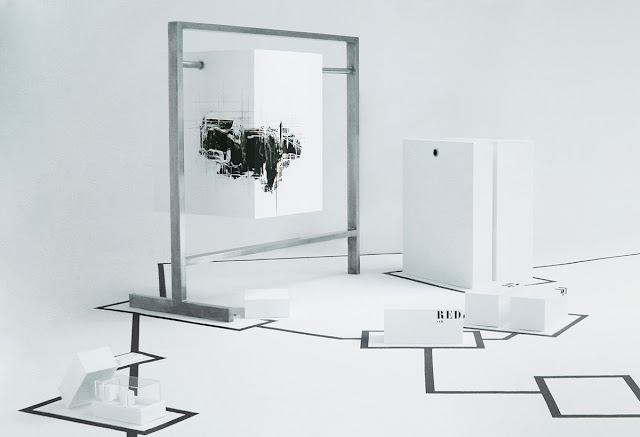 
Laumond’s vision of the world is a holographic perception,

which means that “the part and the whole are always interconnected.

One finds the whole in the part and the part in the whole, and the whole is always larger than the sum of the parts”.

His scope is far broader than it can appear at first sight.

He doesn’t stand apart from the subject, whether he describes a philosophical concept, or a religious one, or a scientific one, he always feels included in it rather than being an external observer, and he immerses himself deeply in it and is represented in the work as a part of it. 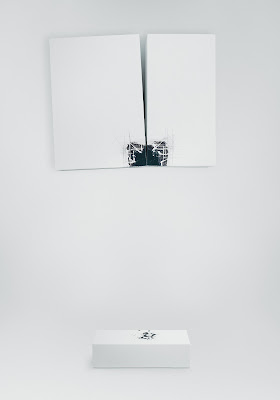 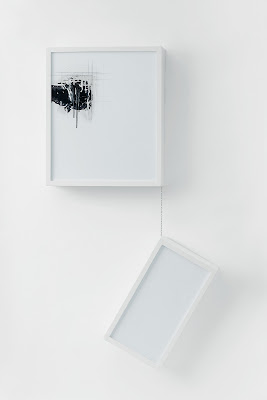 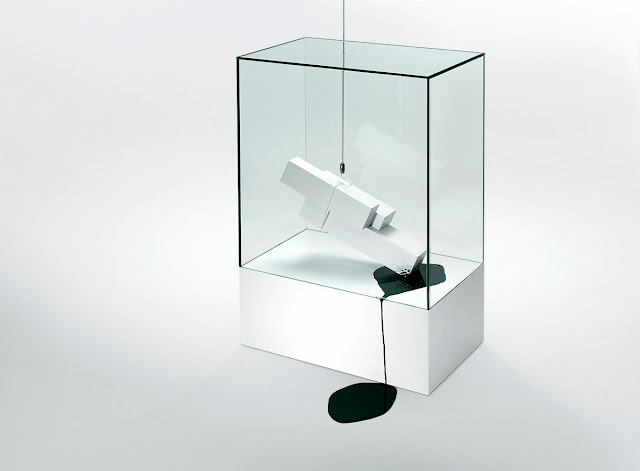 
Finally,  It's a great honor for us having a chance to have an interview with Patrick Laumond, here is it. 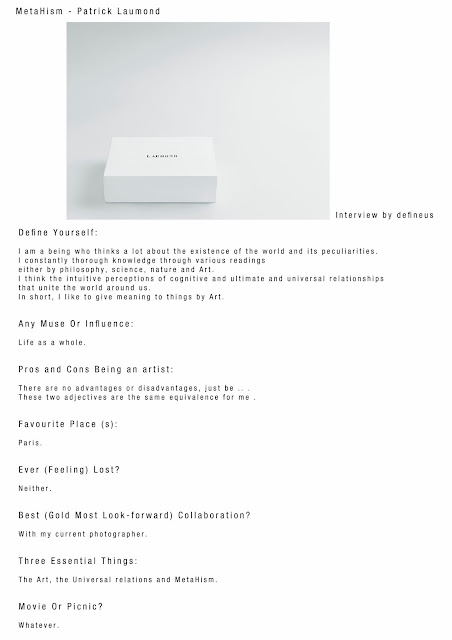 All contents and images are provided by MetaHism - Patrick Laumond